Rally to oppose the tariff increase proposed by We Energies

MILWAUKEE — Several groups staged a rally in Milwaukee to oppose a proposed We Energies rate hike of 8 to 11 percent for its customers.

Their goal is to stop gas and electric rate increases because they believe it will hurt black, Hispanic, and Latino neighborhoods the most.

César Gumeta is an immigrant who has lived in Milwaukee for over 20 years.

They said they didn’t want their family or anyone else struggling with an increase in utility rates.

“Any type of bill increase, whether it’s energy, phone or gas, really forces families like mine to choose between having a roof over their heads or being able to stay warm for winter,” Gumeta said.

Gumeta explained that low-income families carry the highest energy load because the houses they have to live in have the lowest energy efficiency.
“The owners are just trying to take advantage of the people who live inside these homes so they don’t make them energy efficient which then goes to the people who have to live in these areas like my family and other families. across the city,” Gumeta said.

Keviea Guiden is the energy charge organizer for Citizen Action North Side Rising.

She led the “Fight for our Lights” chants throughout the rally.

Guiden believes that WE Energies should be able to move to clean energy without weighing down black and brown families.

“I myself collected petitions. I asked people to stand by me in solidarity and know and understand what WE Energies is doing is not right and that being said. We collect petitions. We’re asking people to provide feedback on the Public Service Commission,” Guiden said.

We Energies spokesman Brendan Conway attended the rally against the rate hike.

He had discussions with those who opposed the proposal.

Conway explains that the request for a rate increase is part of the company’s investment in clean energy projects such as solar, wind and battery storage.

“A lot of that money that is part of this rate application goes to pay for projects that have already been approved by the Public Service Commission. I think it’s really important for people to understand how it works here in Wisconsin is that projects get approved and then funding is part of that,” Conway said.

Conway added that We Energies is sending $4 million to the Keep Wisconsin Warm Fund in hopes of low-income families this winter.

“We recently reached a settlement with significant customer and worker groups as part of this. This settlement will reduce fixed fees each month,” Conway said. “It will lock in some very popular programs for low-income people and allow us to continue this transition to clean energy.”

Gumeta signed the petition opposing the We Energies tariff hike, but they hope a better solution can be found in the future. 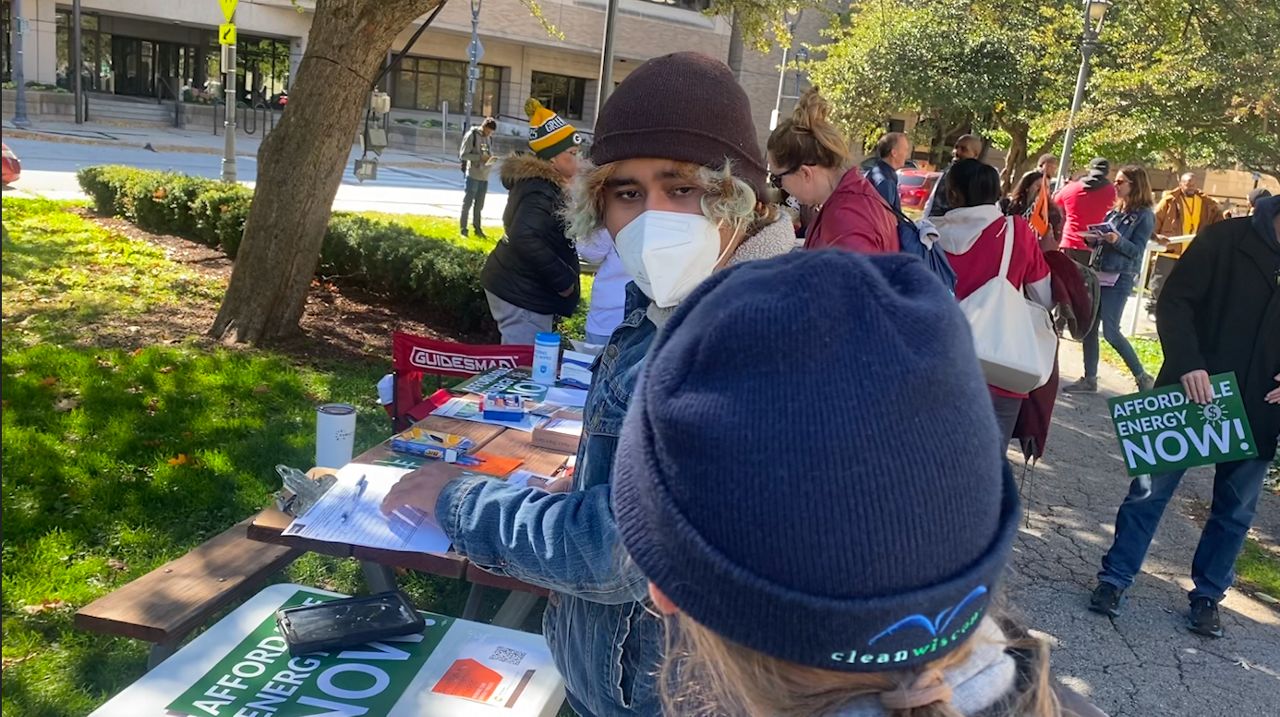 “Ideally, I would like to see the City of Milwaukee controlling its own energies so that the people of Milwaukee have a lot more say in what happens with our energy bills and how we invest,” said Gumeta.

Because the last thing Gumeta said they want to see is We Energies making record profits at their expense.

The Public Service Commission will accept comments on WE Energies’ proposal until October 31. If approved, the rate increase will take effect in 2023.